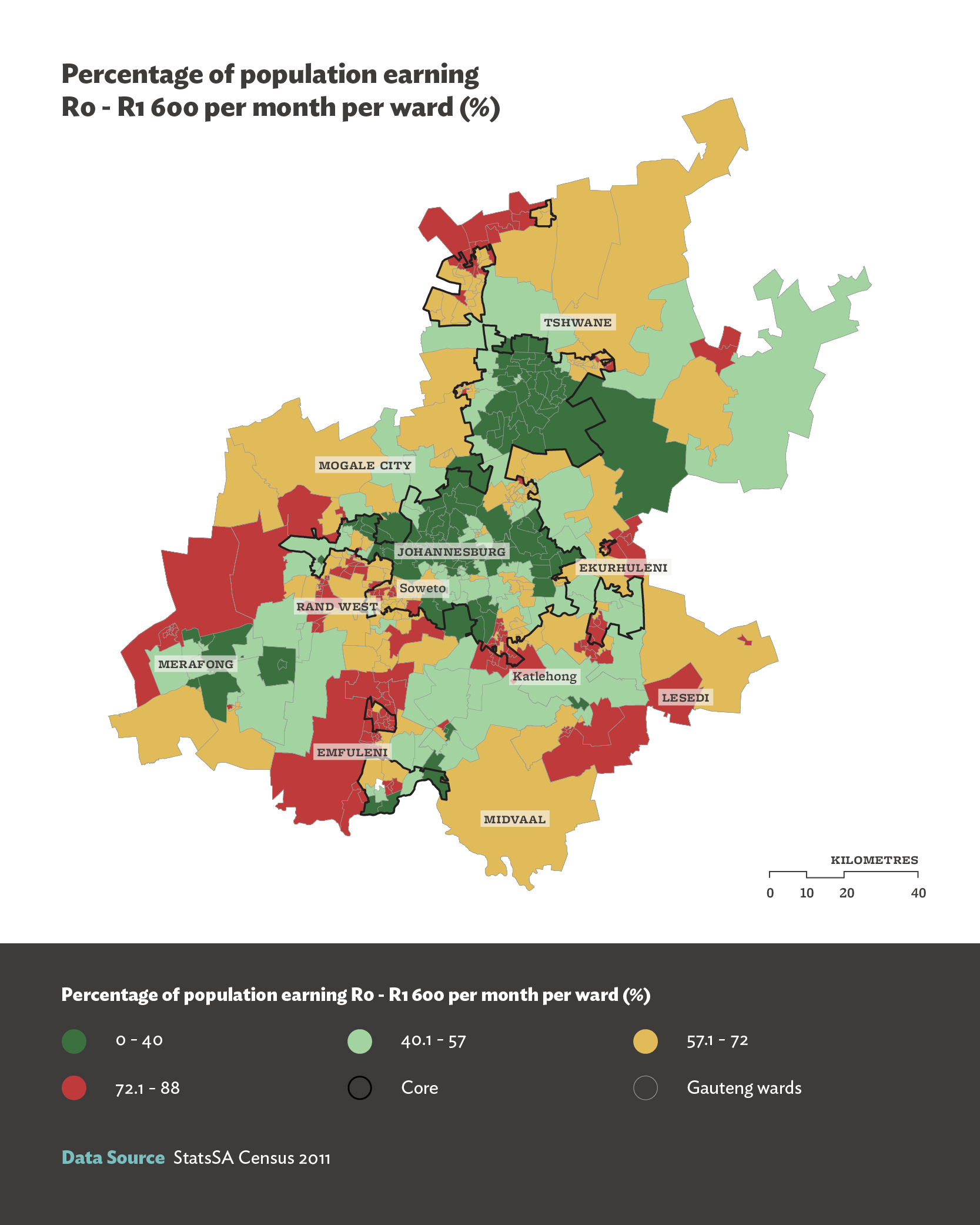 This map is drawn from a forthcoming GCRO research report entitled Uneven spaces: Core and periphery in the Gauteng City-Region. This report explores the distinctions between core and periphery through a variety of dimensions. The thick boundary depicted on the map results from a binary index developed by GCRO in order to distinguish between core and periphery. This index is based on economic, demographic and land cover information, as explained in the May 2013 Map of the Month. According to that definition, areas inside the thick boundary are core areas while other areas are peripheral.

Unsurprisingly, since the index includes economic indicators, many wards with low percentages of low earning individuals are inside the boundary while those with high percentages are outside the boundary. However there are some exceptions. Wards in Soweto and Katlehong have high percentages of low income earners, but are included as core by virtue of their large populations and urban land cover. Meanwhile, some wards, for example in Merafong municipality, are not defined as core by the index, but nevertheless have low proportions of low earning individuals. This underscores the sometimes indeterminate and contradictory nature of core and periphery distinctions.

* The Census asks for the individual gross monthly income of all household members, for sources including grants, UIF, remittances, rentals, investments, sales of products, services, etc. Individuals include children, and Census enumerators were advised to record any child-support grants next to the names of the children being supported, not their caregivers.