The GCRO’s Quality of Life (QoL) survey provides the opportunity to assess overarching development trends in the Gauteng City-Region (GCR) through the combination of a range of variables into indices. The Quality of Life index is one such index, which has become a key measure of the state of the GCR. This map of the month draws from the Quality of Life IV survey (2015) and presents the QoL index by ward across Gauteng. It is an update of the August 2014 Map of the Month, which presented the QoL index means by ward for the QoL III (2013) data. 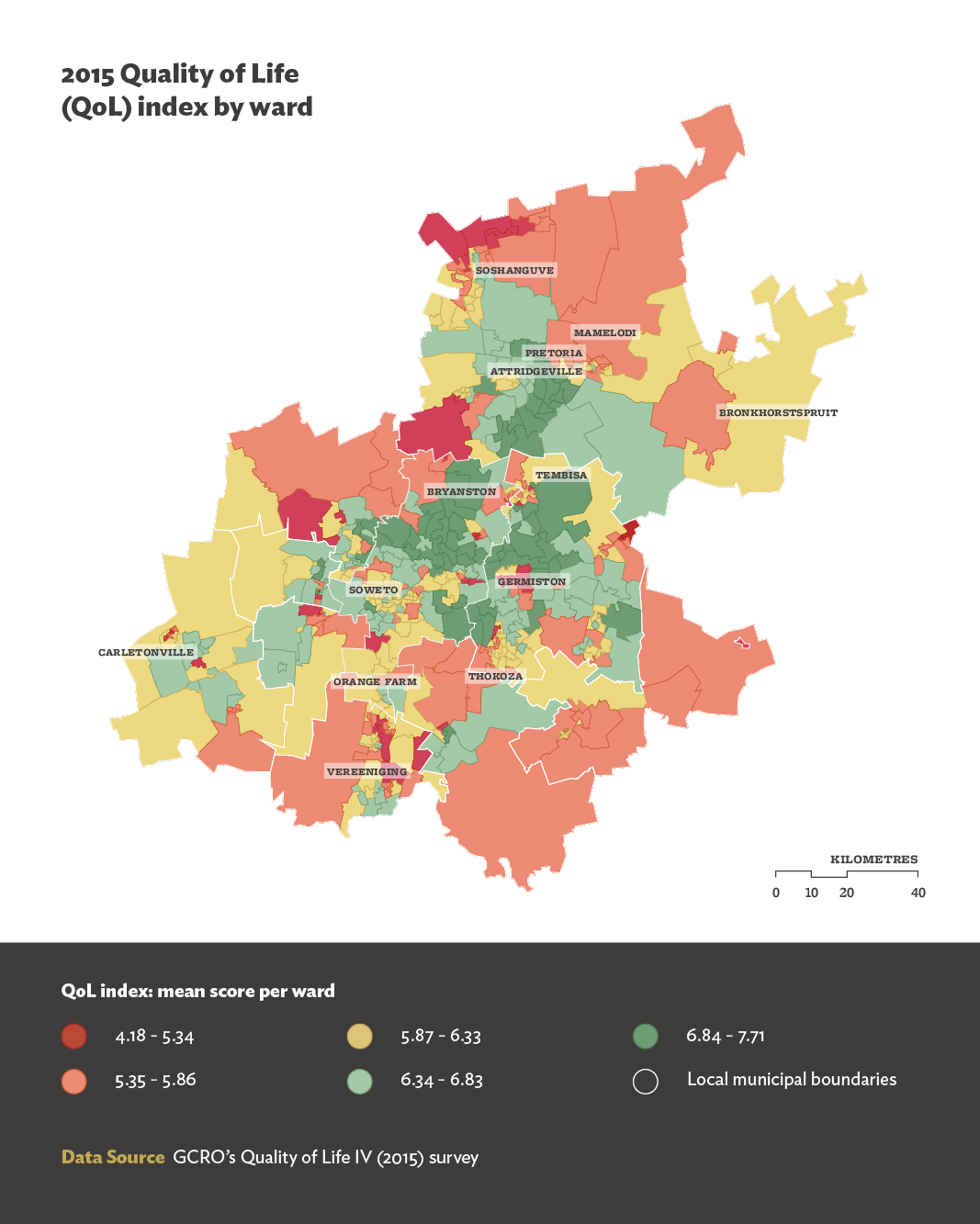 The QoL index can be calculated in two ways, both of which produce a total score out of 10, where ‘10’ represents perfect quality of life and ‘0’ represents very poor quality of life. Traditionally the index has been calculated by combining the ten dimensions, each of which is scaled out of 1, and sums to a total score out of 10. These dimensions provide insight into which factors improve the overall QoL score, and those that bring it down. In the second method, the full set of indicators is combined into a total, which is scaled to a score out of 10. The QoL index is calculated for each of the 30 002 respondents and can then be averaged for the province, each municipality and each ward.

Figure 1 presents the mean QoL score for Gauteng, across the four iterations of the survey, with both versions of the index. Both versions show that there has been continued improvement since 2011. The 2015 mean ‘dimension-weighted’ index score for the province was 6.20 out of 10. However, disaggregating this average by municipality shows that mean scores range from 5.77 in Lesedi to 6.36 in Randfontein.

The inequality across different parts of Gauteng is further demonstrated by comparing mean quality of life across wards, as illustrated in the January 2017 Map of the Month. This presents the spatial distribution of QoL means by ward, and shows clearly the significant differences in quality of life across the province. The ward means range from 4.18 in Tshwane (south west of Attridgeville) to 7.71 in Johannesburg (including and around Bryanston). This spatial pattern of inequality mirrors other pictures, such as the proportion of the population with higher education and corresponding relative income presented in the April 2016 Map of the Month.

While areas of higher quality of life concentrate in the three metros (Johannesburg, Tshwane and Ekurhuleni), the metropolitan municipalities also contain some of the starkest differences between wards. Metro wards account for 31 of the 50 worst performing wards in the province.

Despite the persistence of stark spatial inequalities, a deeper analysis of ward level QoL index means confirms the improvement in overall quality of life, and suggests that the gains are being spread quite widely. In 2013, 284 wards across the province fell below the provincial QoL index mean of 6,10, compared to 2015 where 271 wards fell below the mean of 6.20. In 2013, some 16 wards fell below 5.00 with the lowest score being 4.40, whereas in 2015 only 10 wards fell below 5.00. The highest score in the province was 7.61 in 2013 and 7.71 in 2015. While the picture is mixed, the general trend seems to be one of reduced inequality, with overall improvements in the province-wide QoL score not being accounted for by further gains in a few already better-off wards.

For more detail regarding the QoL index please refer to the Quality of Life Survey IV (2015) project page and the 2013 State of the GCR review. 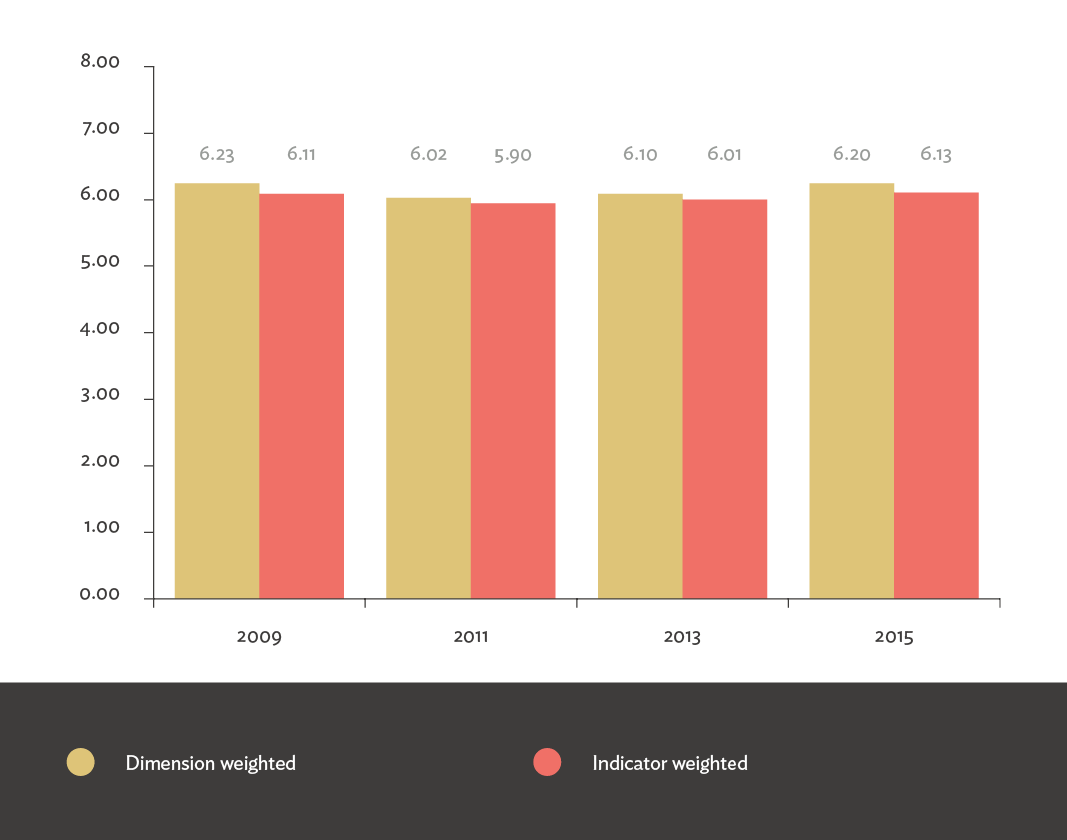