The November 2017 Map of the Month is based on a pilot study on the everyday geographies of mothers in Johannesburg. The research examined the decision making of mothers around how to access homes in the city, and from there six activities: work, school, shopping, recreation, church and medical care. Home, work and school are core, and in many instances their locations in the city are interrelated. The other activities are more variable in terms of how often they are required, the age of children and their value for families.

How mothers accessed each of these activities has been traced in a set of maps, with straight lines starting from home locations and ending at one of the activities. These activity destinations are then joined to form a spatial footprint. The footprints are of course approximate because they do not incorporate information about the actual routes taken or transport modes used.

Two broad patterns were identified in our mapping. One set of mothers have very small spatial footprints and conduct their activities within a single neighbourhood or within a small area of the city. Others access activities and services across the city and travel long distances for work and school. These trips can be anywhere between 10-20 kilometres in straight line distances, and often involve many hours in traffic using dangerous and unreliable transport. In the first map we have juxtaposed these two patterns, using two mothers to illustrate the significant differences in mothers' spatial footprints. 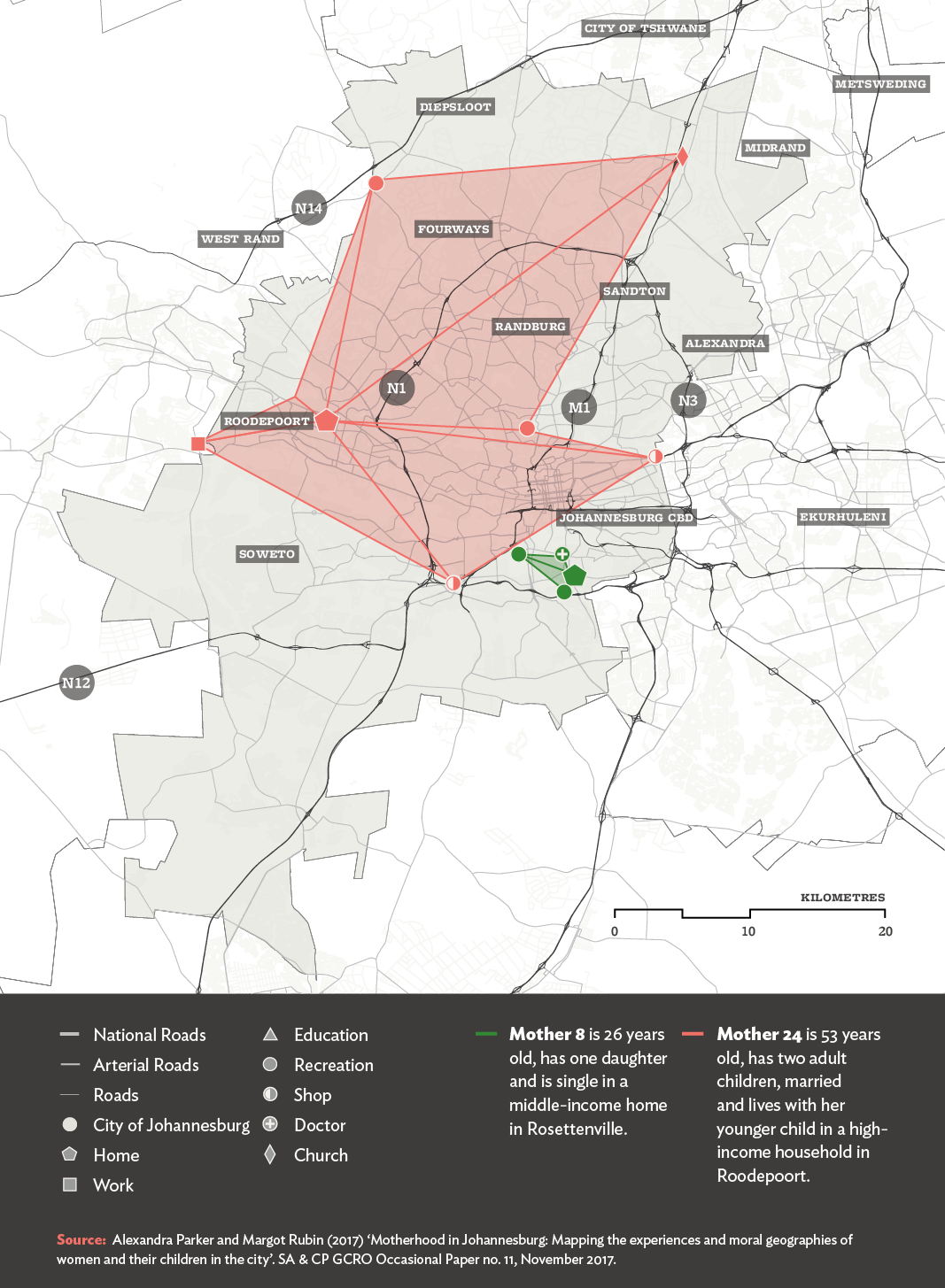 These patterns of clustering and dispersal occur in different parts of the city and are not readily determined by the location of people’s homes, their demographic profiles or households’ socio-economic profiles. The diversity of footprints is illustrated in the series of maps below showing the individual footprints of a number of mothers in Johannesburg. The spatial patterns are not directly related to the modes of transport available as some mothers with small spatial footprints have access to private transport and the highest household incomes. The final illustration provides these footprints abstracted from the spatial context so that their relative sizes can more easily compared. Collectively these maps reveal that mothers are not necessarily using purely economic or efficiency rationales to decide where they live, work and educate their children.

I wanted it to be within walking distance of the house. Because I needed to be able to ask other people to go and pick him up and drop him off if I couldn’t. And if those other people don’t drive, then they need to be able to walk there, fetch him in a pram and walk back. So, uh, that was key.(M1)

I wanted him closer. But also it’s not about what I want, it’s about what he needs. (M12) (talking about location of crèche being closer to grandmother but more than 30 minutes away for the mother)

The research shows that spatial footprints are a complex concatenation or layering of contextual and individual considerations. A mother’s socio-economic status in Johannesburg plays a major role in defining the choice of places to live and where work opportunities may be available. The spatial inequalities of Johannesburg impact not only on the living conditions of the home and the immediate environment but also reflect in the quality of services and amenities in the area. Thus, some mothers make the heart-breaking decision to send their children to live with relatives elsewhere, or to send their children to schools some distance away from home. This often carries high emotional and financial costs.

Inextricably linked to spatial inequality are the value judgements that mothers make for their children and themselves. ‘What is best for the child’ determines a moral geography that is not solely defined by concepts of efficiency or convenience. Cultural and personal definitions of motherhood also come into play. Spatial choices and mothers’ urban geographies are thus determined by the societal norms of what defines a “good” mother and the personal interpretation of such an idea. These maps indicate that the spatial footprints of mothers in Johannesburg are the product of a web of complex decisions that weaves together the existing geography and urban conditions with social and individual definitions of motherhood. They reveal the sets of compromises that our respondents had to make on a daily basis in order to try and give their families and themselves the best chance of a fulfilling life. 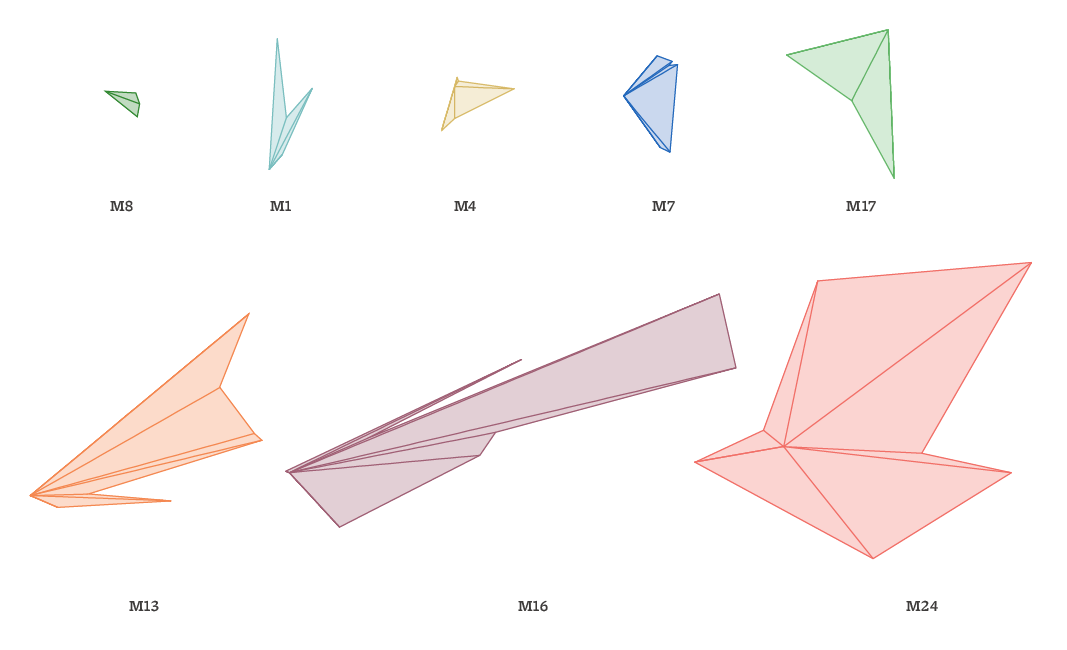