The distribution of people across the GCR are reflected in two different maps for August's map of the month. Population density is indicated in this dot density map using the StatsSA Census 2011 Small Area Layer (SAL) layer, where each dot represents 100 people. Gauteng has the highest population with 12.3 million people followed by Limpopo (5.4 million), Mpumalanga (4 million), North West (3.5 million) and Free State (2.7 million). Population within a 100 km and 175 km radius from Johannesburg CBD is also reflected. A population of 16.8 million reside within a 175 km radius from Johannesburg. 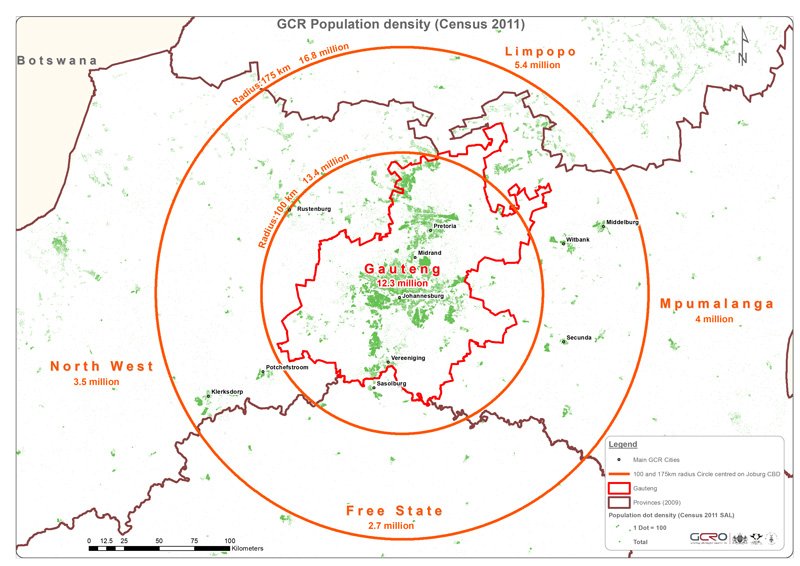