A key challenge for any government facing large development challenges is where to focus limited resources and capabilities. It is not always feasible to tackle every development deficit – whether it be poor access to services, poverty, vulnerability to environmental risks, weak economic activity and corresponding high unemployment – everywhere at once. This raises the difficult question of how to spatially target development efforts and energies.

This question is alive in the Gauteng City-Region. Here provincial and local government have emphasised, at different times, both the importance of focusing on needs in the poorer periphery of the province, inter alia through the development of large mega-human settlements that will work as new cities, and also the urgency of township revitalisation and township economy programmes. But which – periphery or township – presents the greatest priority? The answer depends, in part, on how one looks at the problem.

This August 2018 Map of the Month examines the issue by asking where unemployment is most acutely felt in Gauteng, and considering two ways of seeing the problem. Map 1 shows in red all areas of the province that have unemployment rates that are worse than the provincial median. Map 2 shows where unemployed people are concentrated. The patterns in these maps overlap to some extent. However there are also notable differences. 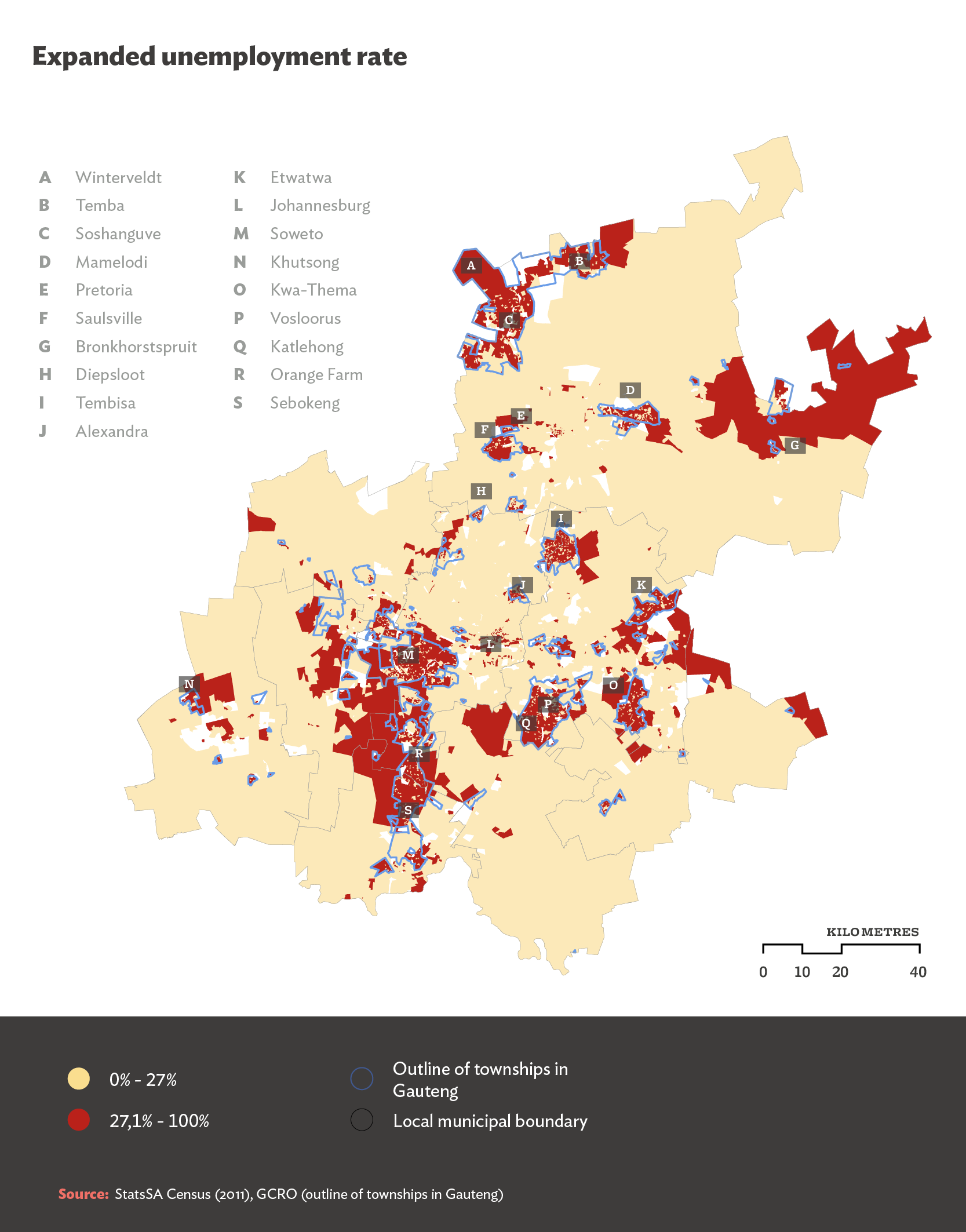 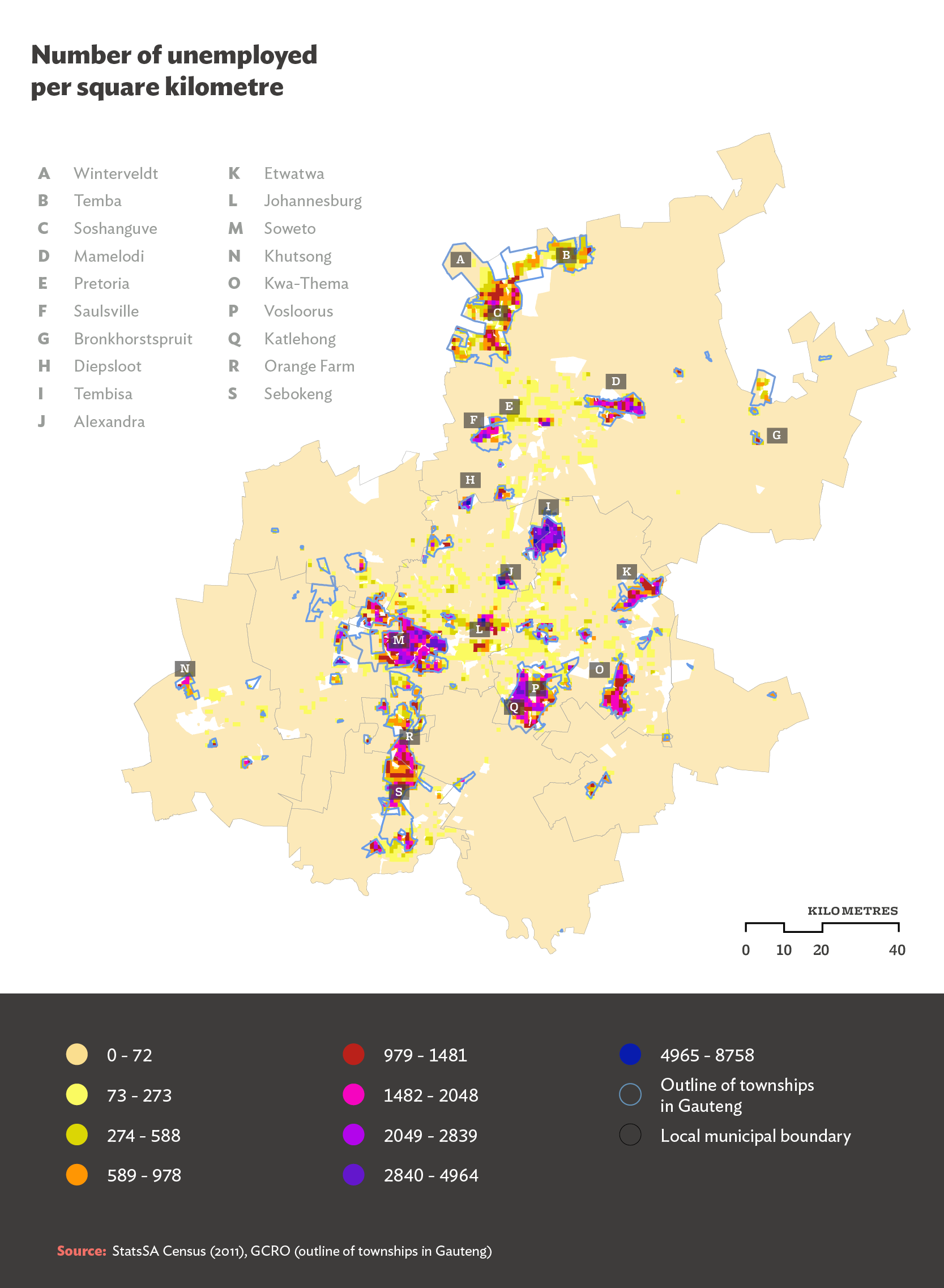 Methodology for creating the outline of townships layer

The outlines of townships were derived from sub-places classified as townships, based on a list provided by the Gauteng Department of Economic Development (GDED), to which has been added areas classified as 'Township' and 'Informal' in the 2013 GeoTerraImage (GTI) land cover dataset.

Link to projects: Township economies in the GCR