This month we showcase a series of maps that were published in a new book by the sociologist Owen Crankshaw entitled Urban Inequality: Theory Evidence and Method in Johannesburg. This book offers a long-term analysis of inequality in Johannesburg from 1970 to 2011. It argues that in order to understand urban transformation in Johannesburg, we need to appreciate the way in which both the late and the post-Apartheid periods intersected with long-term economic restructuring. During this restructuring, low and middle-income manual jobs for poorly-educated workers (who did not complete matric) became relatively less important numerically, while unemployment among poorly-educated black workers increased. In the 1970s, unemployment in Gauteng was just 5%, but by 2011 this had increased to 25%. Most of the unemployed are concentrated in townships and adjacent settlements. Simultaneously, there was much more employment growth in middle and high-income non-manual jobs, which exceeded by far the growth of the white workforce. The result was the dramatic de-racialization of the high-income managerial, professional and technical middle class, which contributed to residential desegregation in the formerly whites-only neighbourhoods.

Figures 1, 2 and 3 give a granular representation of the percentage of all black residents (including African, Indian and coloured) in these neighbourhoods in 1996, 2001 and 2011. In order to achieve a like-for-like analysis of change, these calculations excluded black domestic workers and others black residents who did not live in the main houses and apartments of these neighbourhoods.

Some studies have used measures of desegregation (such as the dissimilarity index) to argue that segregation in Johannesburg has not decreased. However, as his book argues, the dissimilarity index will necessarily increase – by virtue of the mathematical properties of the formula – when the majority population increases, and this method therefore produces a result that reflects both the changing levels of segregation and the larger population growth in black neighbourhoods. Therefore, a single segregation index value is not capable of recognising the important extent to which formerly whites-only neighbourhoods have now desegregated substantially. 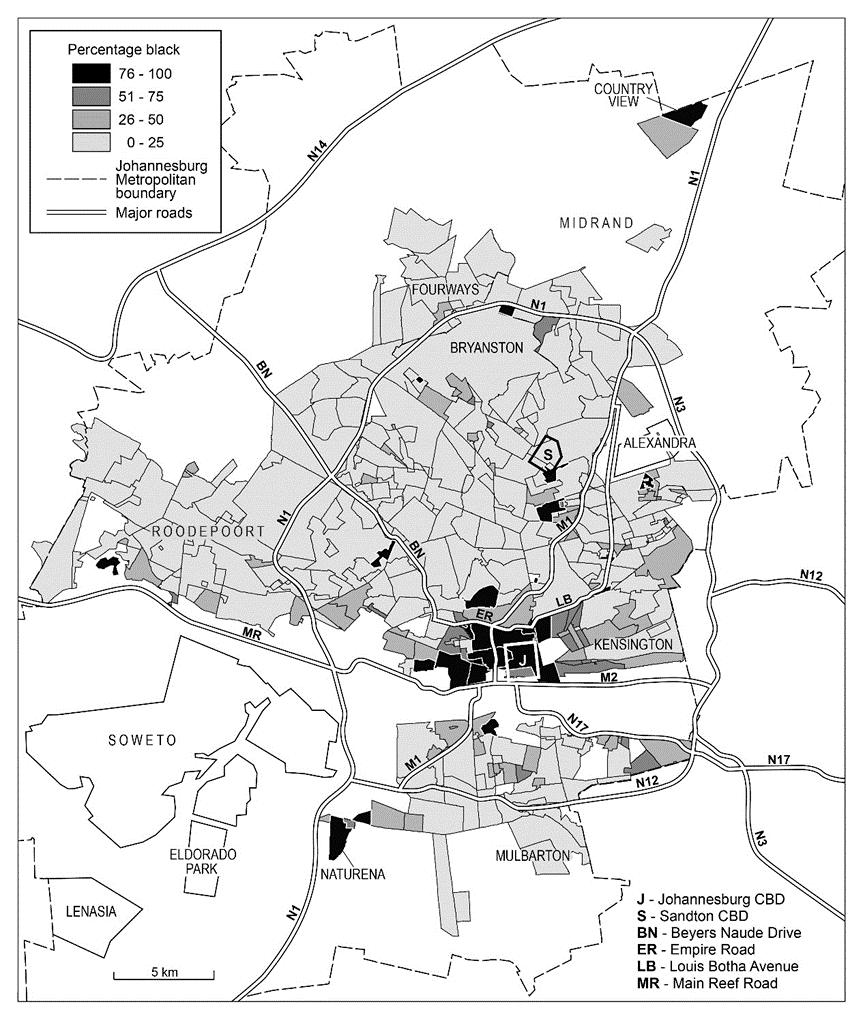 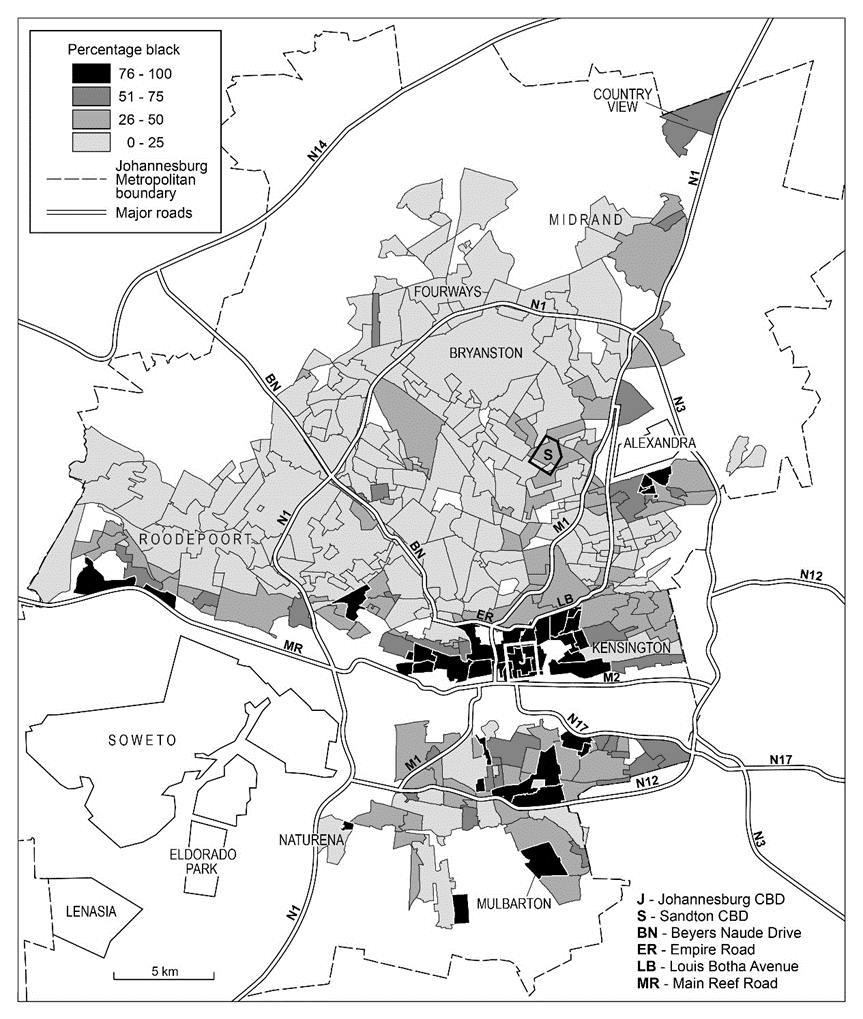 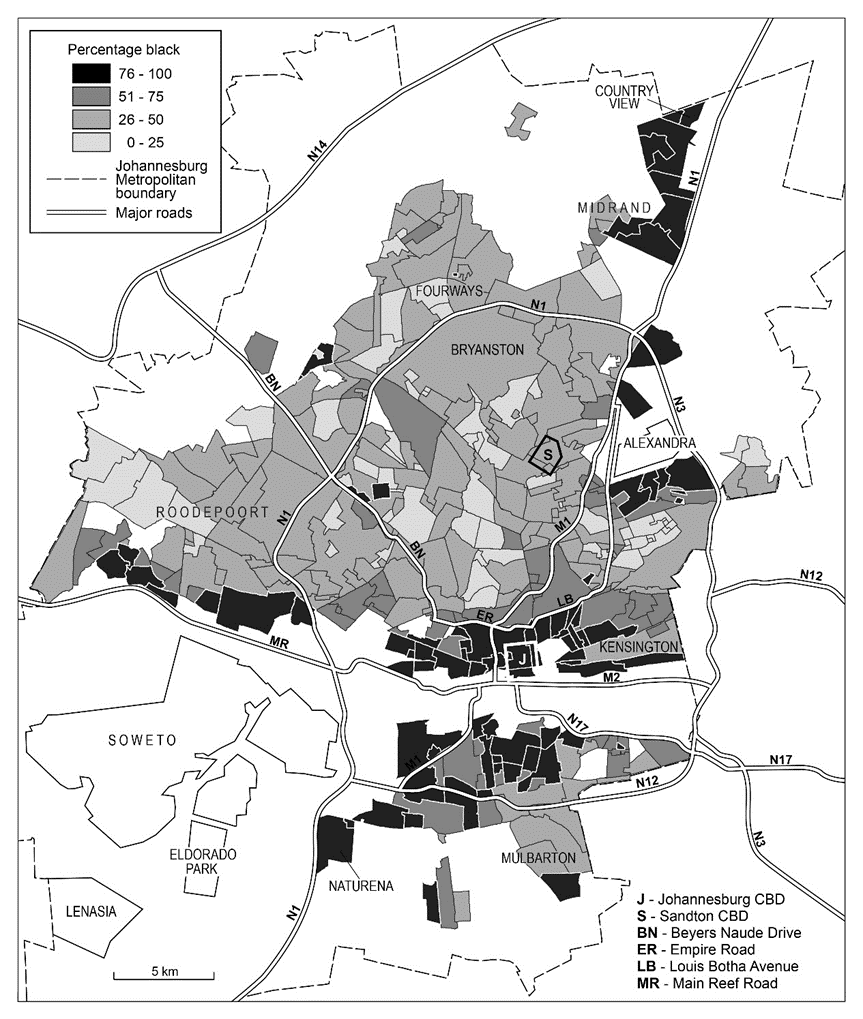