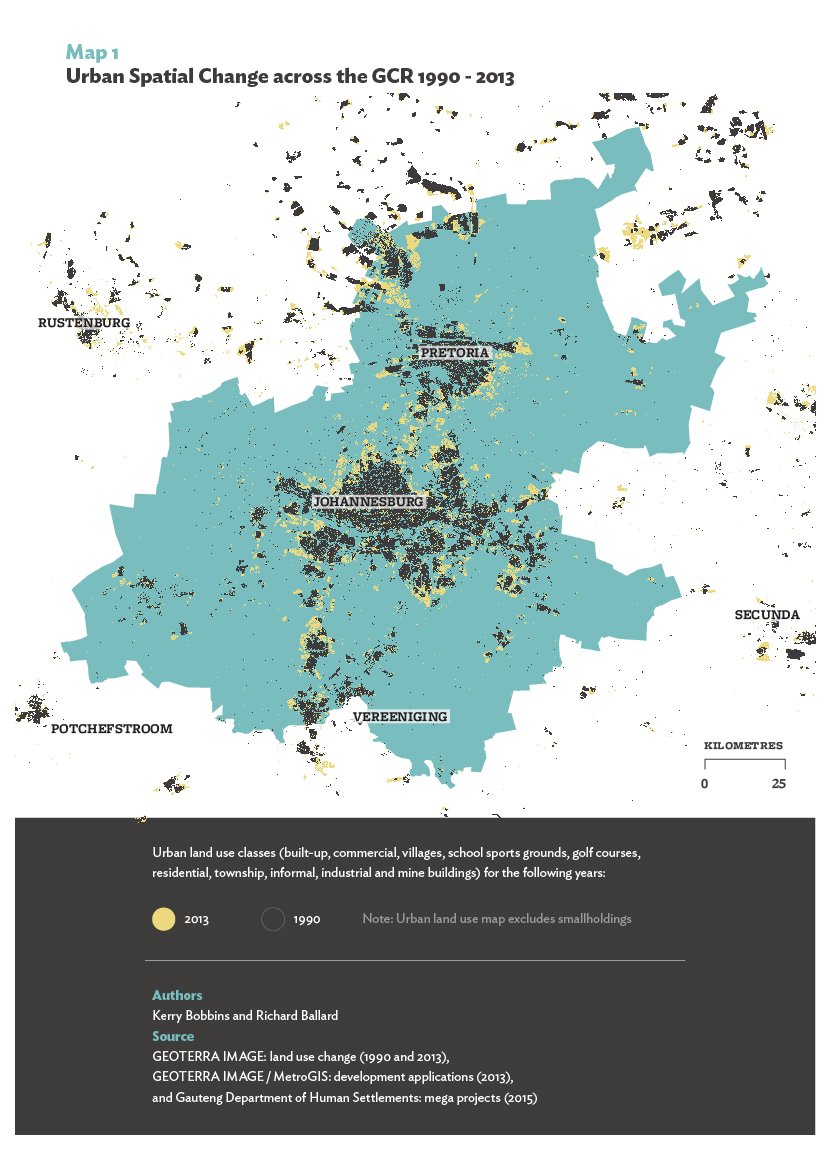 This map shows that much of the growth since 1990 looks like a fringe around the older settlement pattern (with the exception of some sections of the 1990 urban perimeter which have not expanded in part because of physical geography). This is an expected pattern of urban growth for the simple reason that available land is on the urban fringes, and owners of such land capitalise on increasing land values caused by rising demand.

The image also confirms what many residents of Gauteng have noticed over the last quarter of a century: whereas Pretoria was separate from Johannesburg in 1990, a bridge of relatively unbroken urban land now exists as a result of development in Midrand and Centurian (also see Map 3). Map 1 also shows urban land use change in the provinces adjacent to Gauteng. Platinum related growth in Rustenburg is particularly noticeable.

Map 1, based on 30m resolution satellite imagery, cannot give a sense of the type of land use, and it is important to remember that the expansion of the urban footprint has taken different forms. The fringe to the north and west of Johannesburg and Midrand is largely cluster housing development, office parks and retail. By contrast the growth south of Thokoza represents a combination of informal settlement and low cost housing. 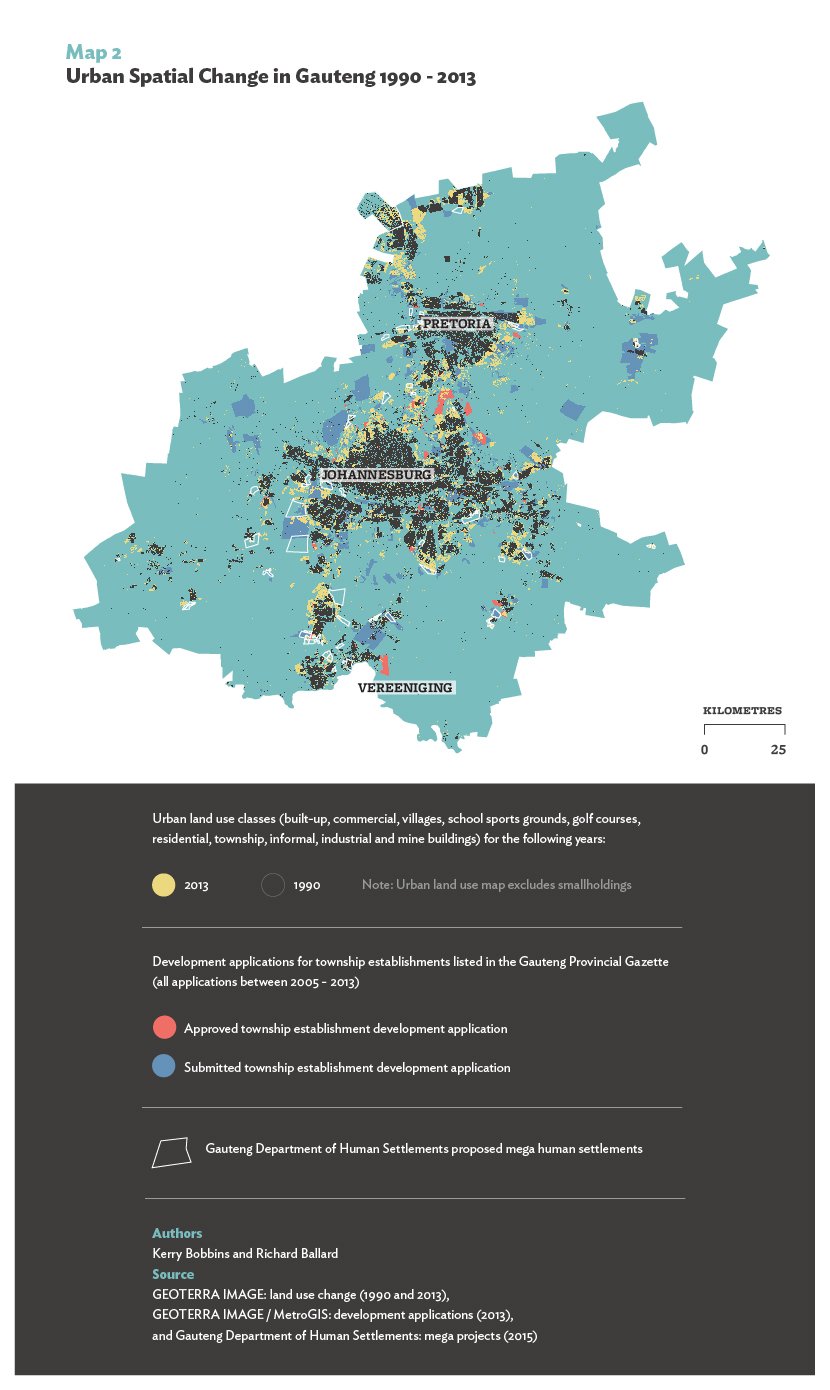 An interesting trend is that the mining belt, which showed little urban land in 1990, has had some development over the last two decades and land owners have applied for permission to carry out further development. This is in-fill development which has taken place closer to residual mining structures and dumps, and on rehabilitated land. Another interesting feature is that some potential development is on very large plots of land, such as the privately owned Protea Glen Ext 22 and the proposed mega human settlement of Syferfontein (Map 4). By contrast, in Midrand the urban landscape (Map 3) has expanded, and is likely to continue growing, through the aggregation of smaller scale cluster housing, offices, and related uses. 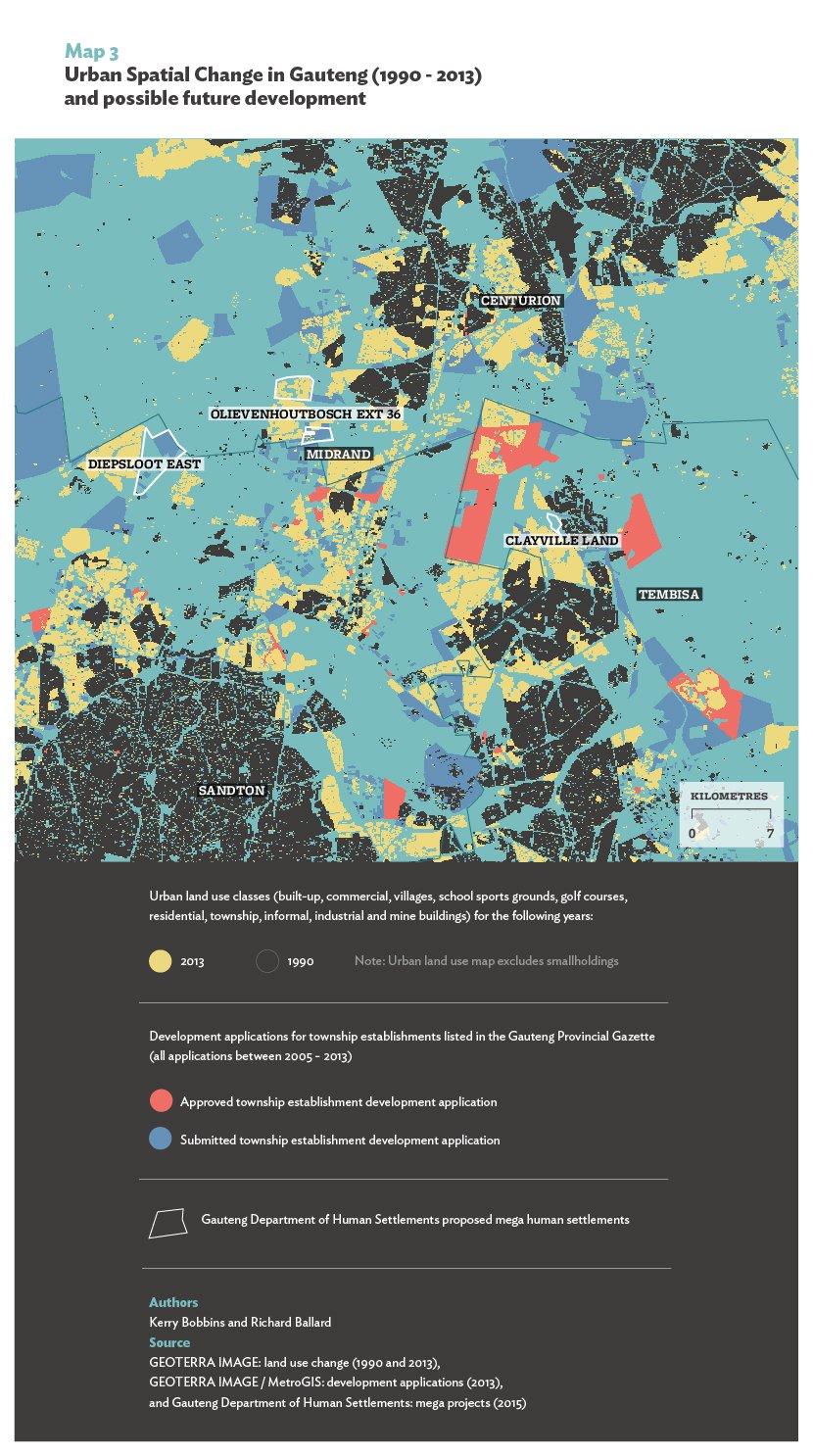 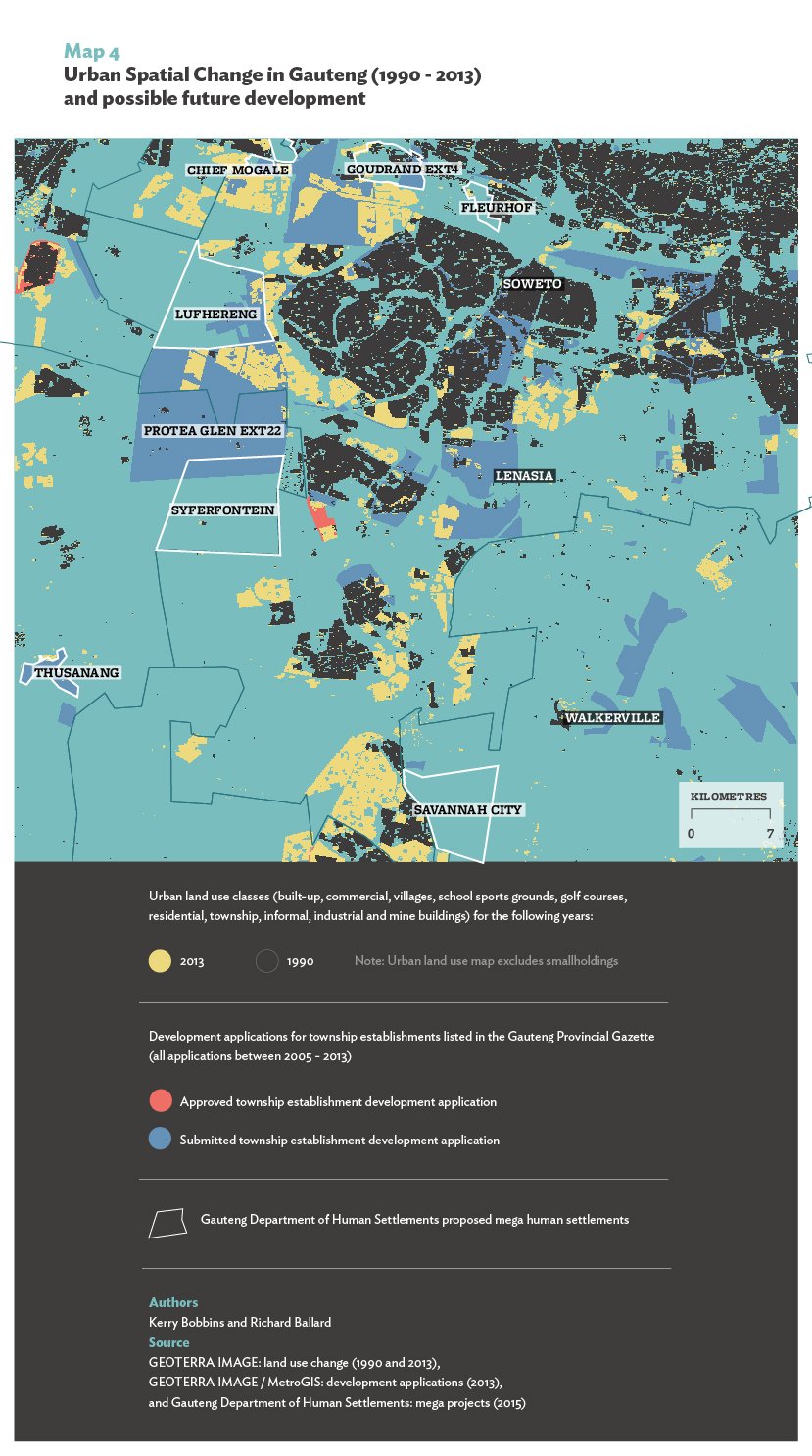