In recent years there has been growing global and national interest in mental health. The GCRO included a number of questions related to mental health in its fifth Quality of Life survey (QoL V) conducted across Gauteng in 2017/18. In this survey, 24 889 adult respondents were asked how often they felt depressed or hopeless in the two weeks preceding their participation in the survey. The questions came from the Patient Health Questionnaire-2 which is used as a very short screening tool for the frequency of depressed mood and hopelessness. Response options were: 'nearly every day', 'more than half the days', 'a few days' or 'not at all'. Since the sample included respondents in every ward in Gauteng we are able to provide an indicative map of the distribution of feelings of depression or hopelessness. The map shows the percentage of respondents who indicated prolonged feelings of depression and hopelessness (nearly every day or more than half the days) per ward. 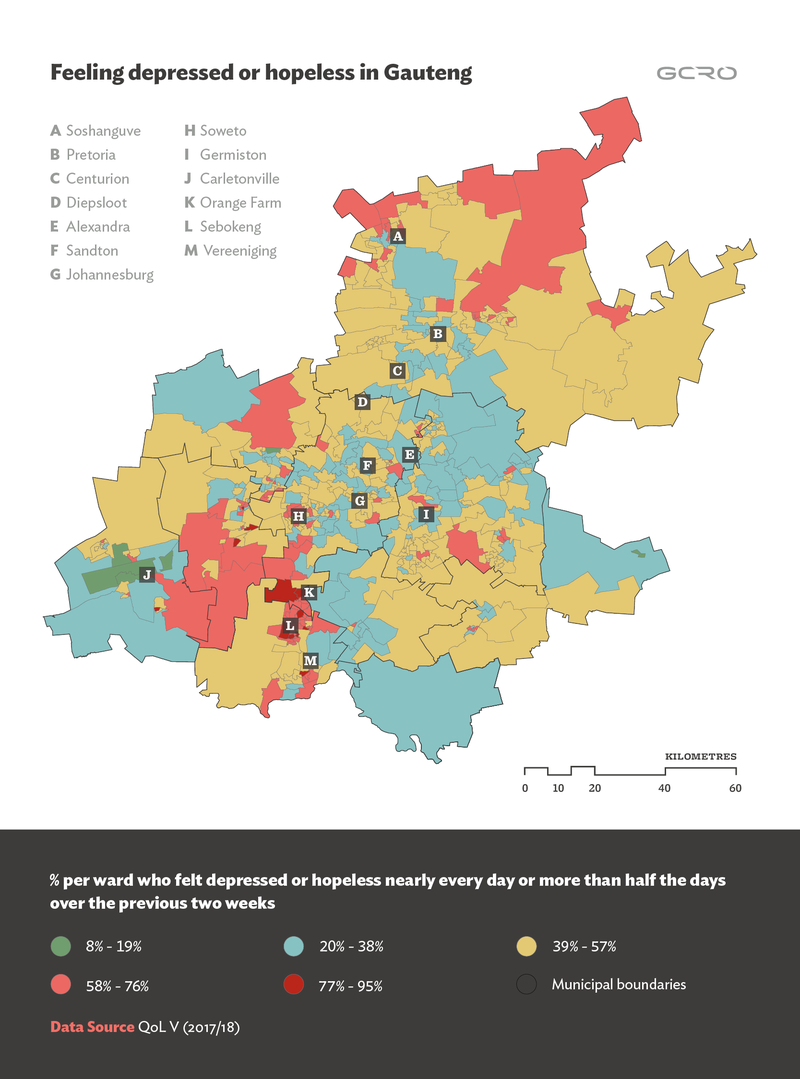 The analysis below details the interaction between various socio-economic variables and feelings of depression and hopelessness. 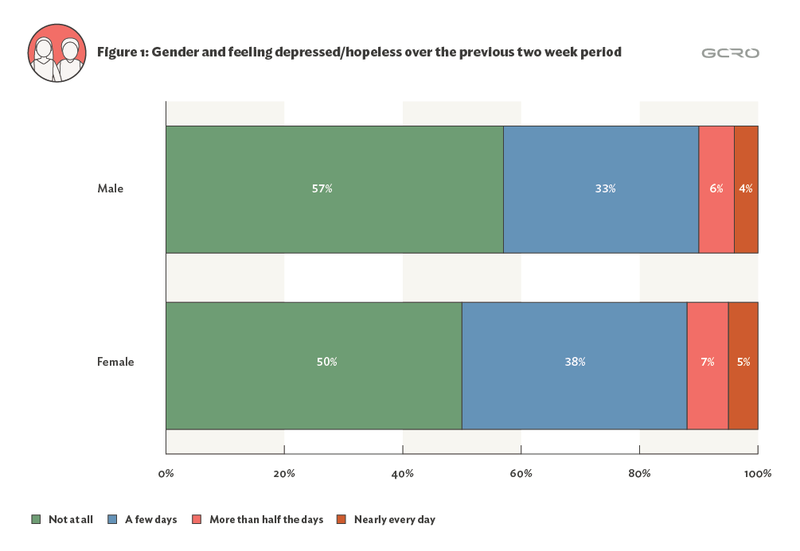 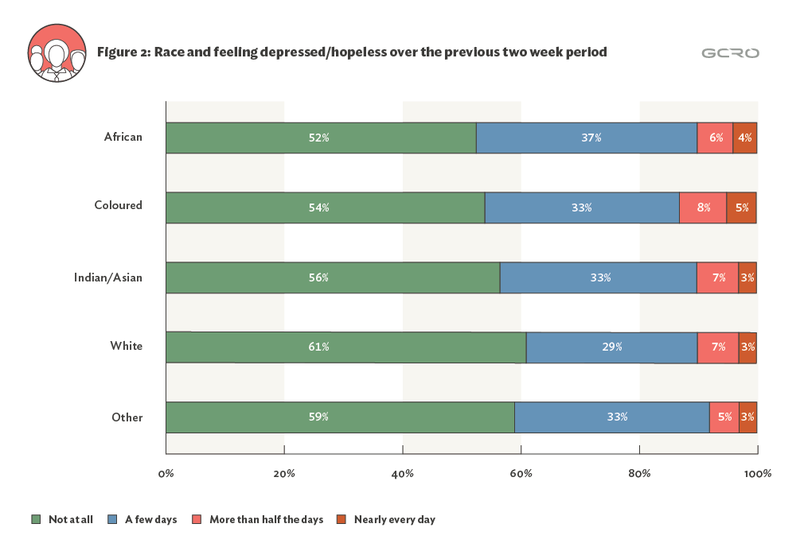 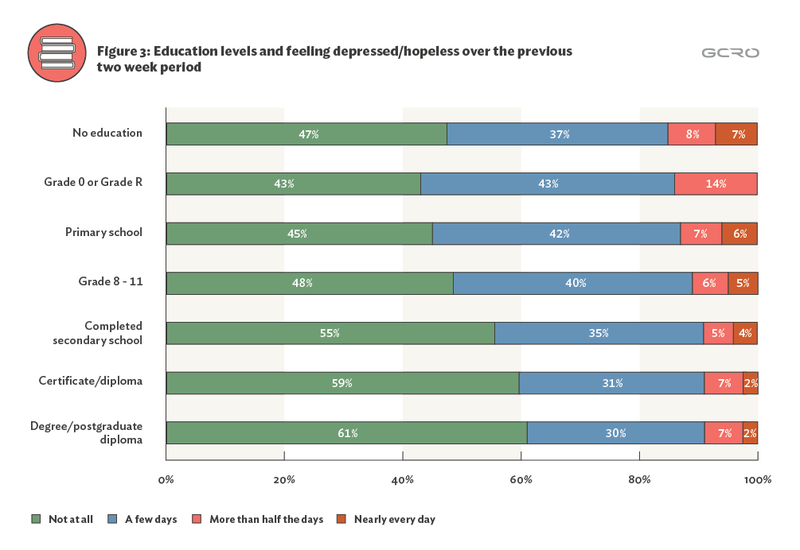 Respondents with higher levels of education were less likely to report feeling depressed or hopeless. The completion of secondary school is an important threshold in that more respondents reported that they had not experienced feelings of depression or hopelessness than those who did. Respondents who had not completed high school were more likely than not to have reported feeling depressed/hopeless for at least some days, and those with no education indicated the highest levels of depression/hopelessness. 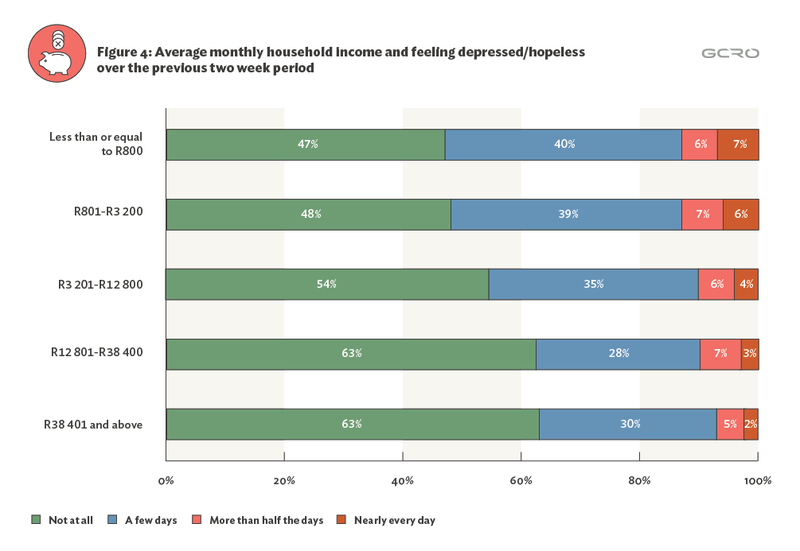 Mental health has become a key focus in the global public health arena. As a result it is critical that we map out the spatial distribution of depression and hopelessness amongst Gauteng residents in a bid to better develop policy responses to depression. Furthermore, it is vital to better understand the various factors that contribute to the prevalence of depression in the province in order to better address its debilitating and sometimes tragic consequences.