This point (dot) density map depicts the numbers of adults that are receiving social grants (according to 2010 estimates as per the Lightstone (Pty) Ltd’s DemproKeyX database), spatially presented as one dot representing 100 persons receiving grants, per ward. This is overlaid with a spatial layer depicting dolomitic ground within the Gauteng Provincial boundary. The map illustrates the large numbers of poor people that live on potentially dangerous ground – often in low income and informal settlements across the province. 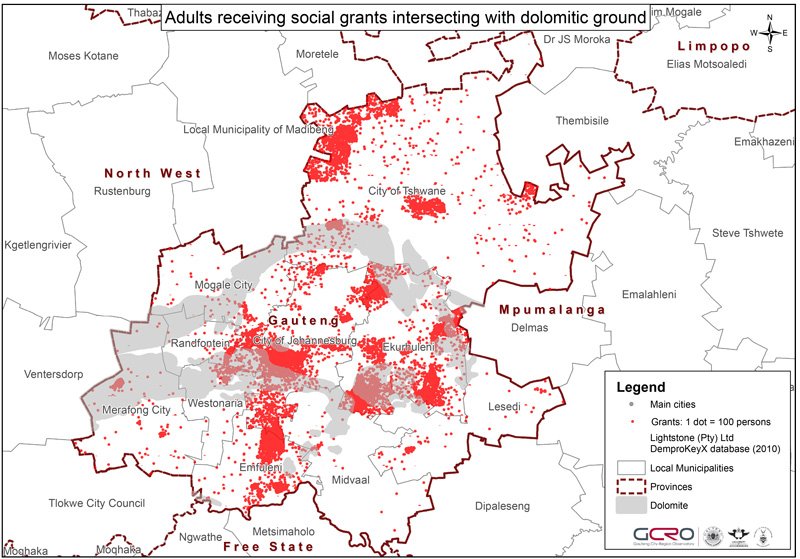