In August 2015, GCRO distributed a Map of the Month on responses to the question ‘What is the biggest problem facing your community?’ asked in the 2013 Quality of Life survey. In 2013, the most commonly given answers were ‘unemployment’, ‘crime’ and the ‘lack of basic services’.

As the November 2016 Map of the Month shows, the concern about drugs and alcohol abuse is not distributed evenly. In parts of Attridgeville (Tshwane), Vanderbijlpark (Emfuleni) and Beyers Park north of Boksburg (Ekurhuleni), much higher percentages of respondents named substance abuse as the biggest problem facing their community (close to, or more than half of, the respondents in these wards).

We have also provided maps for ‘crime’, the most frequently cited problem in 2015, and ‘unemployment’, the third most frequently identified problem in 2015. Concern about crime was expressed more strongly in wards with darker shading, including southern parts of Boksburg (Ekurhuleni) and Krugersdorp (Mogale City). The problem of unemployment was felt most acutely in wards around Sebokeng (Emfuleni), Klipspruit West near Lenasia (Johannesburg), and Kagiso (Mogale City). 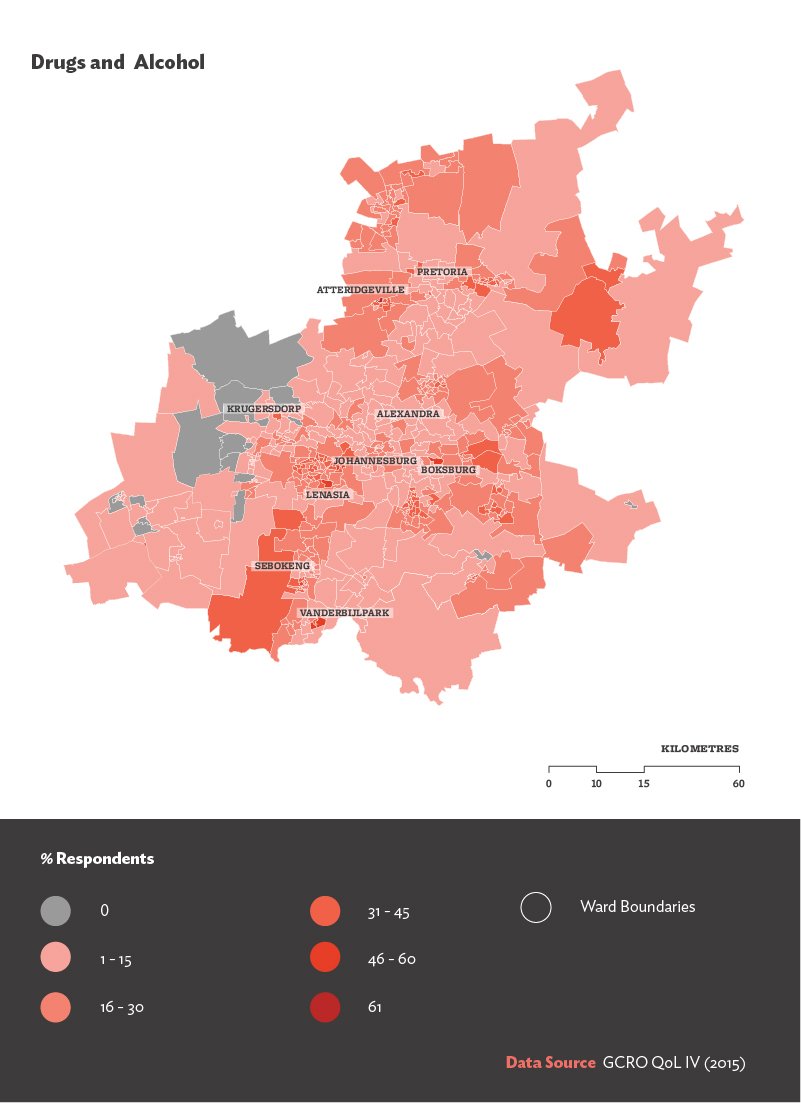 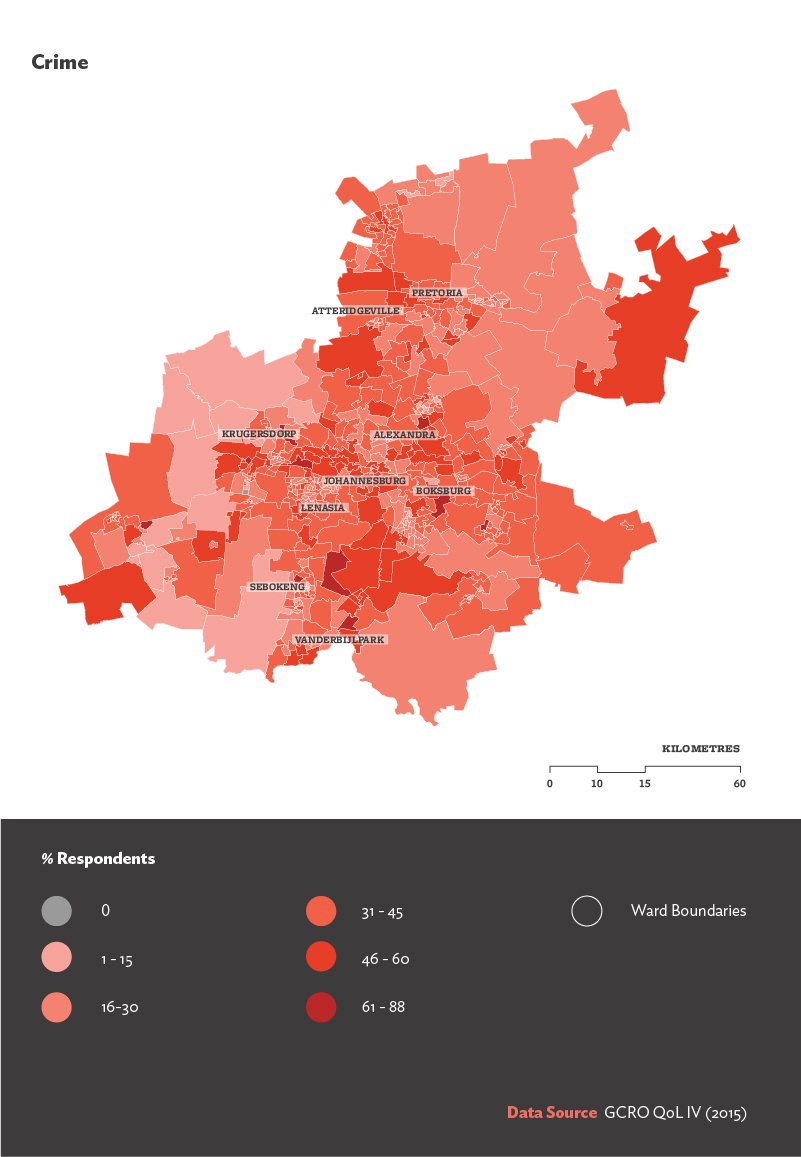 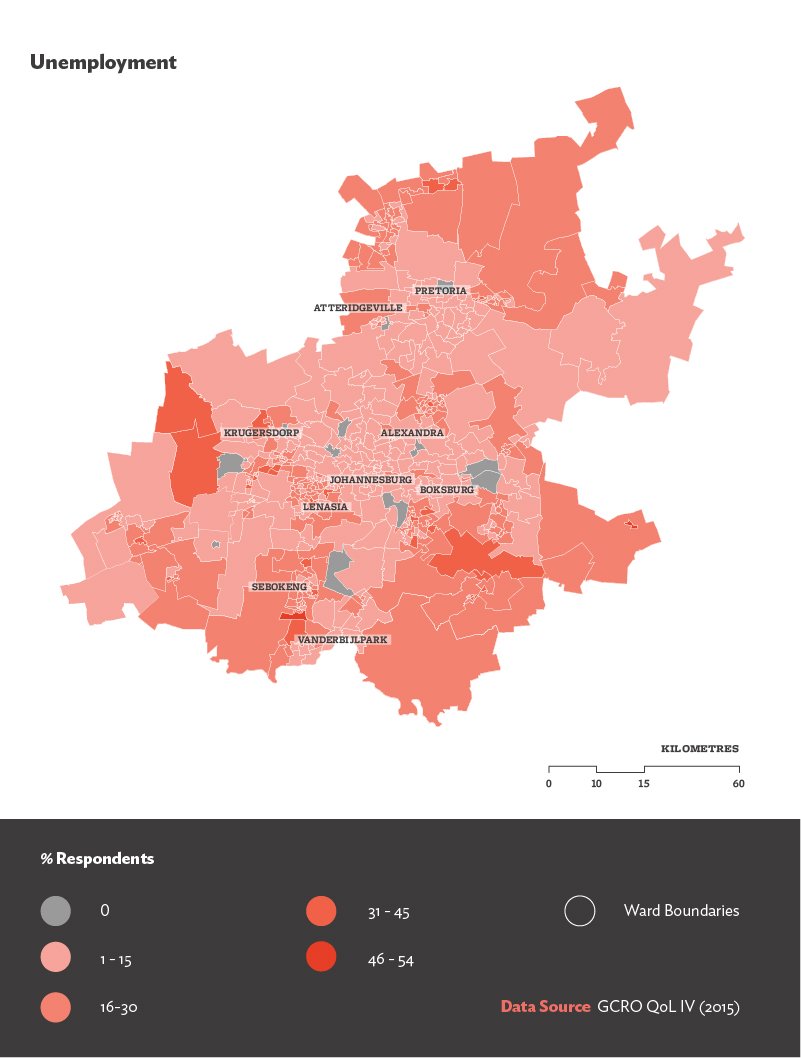 When we map the most frequently cited problem in each ward, replicating the August 2015 Map of the Month with 2015 data, it is clear that concerns about crime dominate most wards of the province ('Community problems' map). Concern about drugs and alcohol is the biggest concern in 75 of the wards. 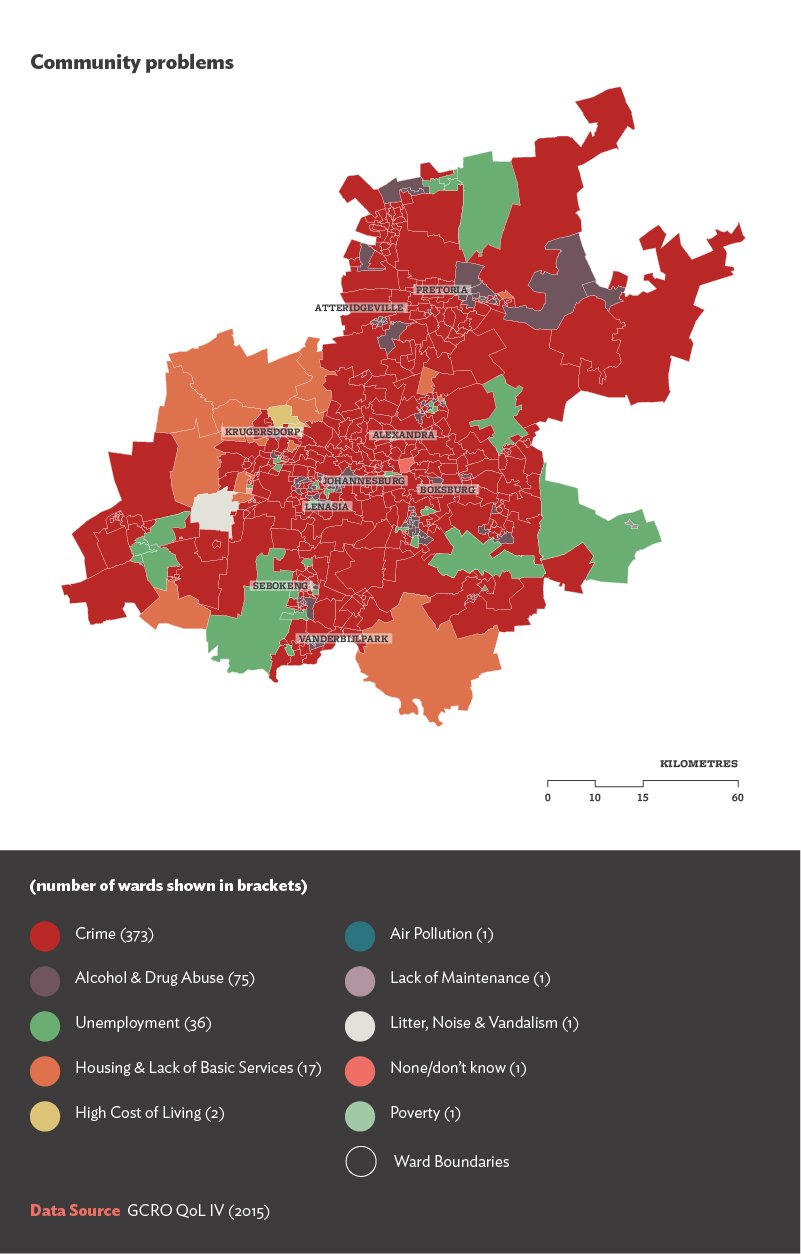