This GCRO map depicts the results of the Gauteng Department of Agriculture and Rural Development (GDARD) Agricultural Census of 2009. GDARD commissioned the census for Gauteng in 2008 and it was completed in October 2009. The census provides field-level, georeferenced data of high-value crops and livestock in the Province, wherever access to fields and farms was possible. Specific crop types, cultivation regimes and cultivation of winter and summer crops were defined per field for many parts of the province.

The GCRO map of the month presents some of the agricultural activities that were recorded through the survey. It shows the significant land-use allocated to the cultivation of crops, vegetables, fruit, flowers and herbs, as well as livestock farming, despite the region being viewed as a predominantly urban hub. Some agricultural space-economy choices are clearly visible from the map. For example the location of flower and herb farming close to the centre of the province reflects the time-sensitive nature of production of these crops, where easy access to transport infrastructure and export facilities affects the financial viability of these businesses. 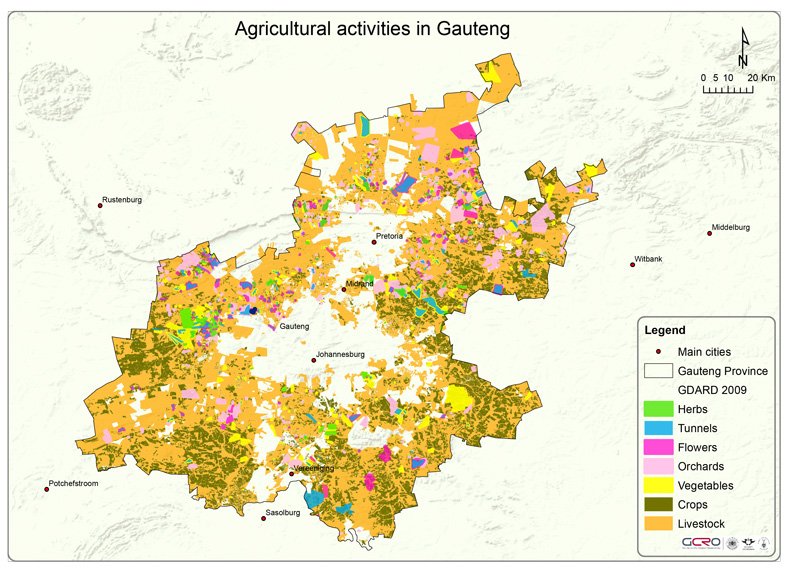