In the east end of the inner city of Johannesburg, a former textiles factory undergoes a dramatic transformation to become, over the next several years, one of the city’s foremost artists’ studios. When the sale of the building seems imminent, not only must the artists face the daunting prospect of relocation, but a remarkable chapter in the complex narrative of contemporary South African art seems about to close. Sensing the importance of this moment, Kim Gurney, herself a former tenant of the atelier, follows the stories of several of the August House denizens through some of the artworks that came to life in their studios. The result is a fascinating study of the role of the atelier and its artists in South Africa’s fractious art world, and a consideration of the relationship between art and the ever-changing city of Johannesburg.

"To the passerby, August House is an ordinary building, its facebrick facade befitting this former textiles factory built after World War II. It blends into its working-class surrounds of Doornfontein. Opposite are a clothing workers’ union, street traders and formal shops. Industrial buildings dominate the precinct behind, a church wedged between. Best Movers, a transport business based inside August House, runs a commuting shuttle from the streets alongside while buses to neighbouring countries depart from down the road. The area is changing rapidly and work places are being turned into homes. The soundscape records this mixed-use character: during the day, factory sirens mingle with ice-cream truck jingles, and passing loudhailers advertise everything including God. At night, the sounds of music, disputes and celebrations take over."

"Alon talks about the pull of the precinct for artists, despite its challenges, and what life is like in the neighbourhood. ‘This place, these dark corners, this is where life happens.’ This very loft has been my home and I know it with the intimate knowledge that comes from living in a place, from inhaling it, and having it seep into your pores night and day. The neighbours, the rhythms, all the sights and smells, for better and worse. It’s a place of paradox. I know for instance that the kids who live in the building opposite regularly throw stones at August House windows as a game, so you are constantly stepping on bits of concrete and plaster. I know that a man sits on one of its gaping windowsills and acts as a watcher, whistling signals to thieves below to better target people on the ground. I have watched as the illegal electricity hook-up gets connected by an intrepid tenant through the holes where windows used to be. I’ve seen that building on fire any number of times."

With the eye of an urbanist, artist and resident, Kim Gurney [constructs] a compelling assemblage of individual, visual and urban narratives brilliantly illuminates the complex life of a building, August House, located in inner city Johannesburg. Her cast of characters—artists, workers, neighbours, August House and the city—lend poignant contours to the ebbs and flows of daily life,the pressures of gentrification, the ruthlessness of poverty, the radicality of the imagination and the ghosts of history.

Take a look inside the book here. 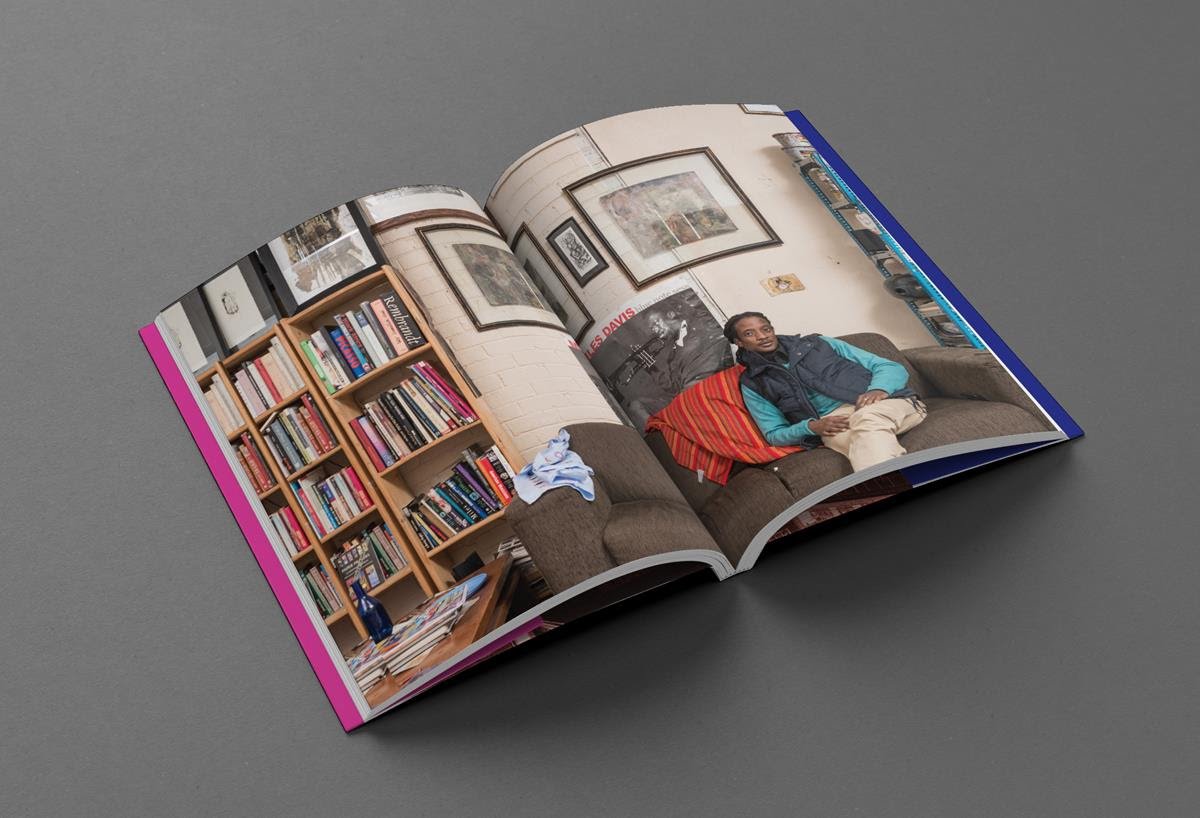 August House is Dead, Long Live August House! The Story of a Johannesburg Atelier, was published by prestigious art-books publisher FourthWall Books. Kim Gurney is a writer, artist and research associate at the University of Cape Town’s African Centre for Cities (ACC).

GCRO supported the publication of this work, in partnership with the ACC.