Illnesses such as asthma, emphysema and bronchitis can be linked to poor air quality. This Map of the Month overlays the location of households reporting incidents of these illnesses, and residential, mining residue and industrial areas in Gauteng. Data is drawn from GCRO’s Quality of Life IV (2015/16) survey, which asked respondents whether they or anyone in their household had suffered from asthma or emphysema/bronchitis in the year before the interview. Households reporting incidents of these illnesses are captured spatially on the map. 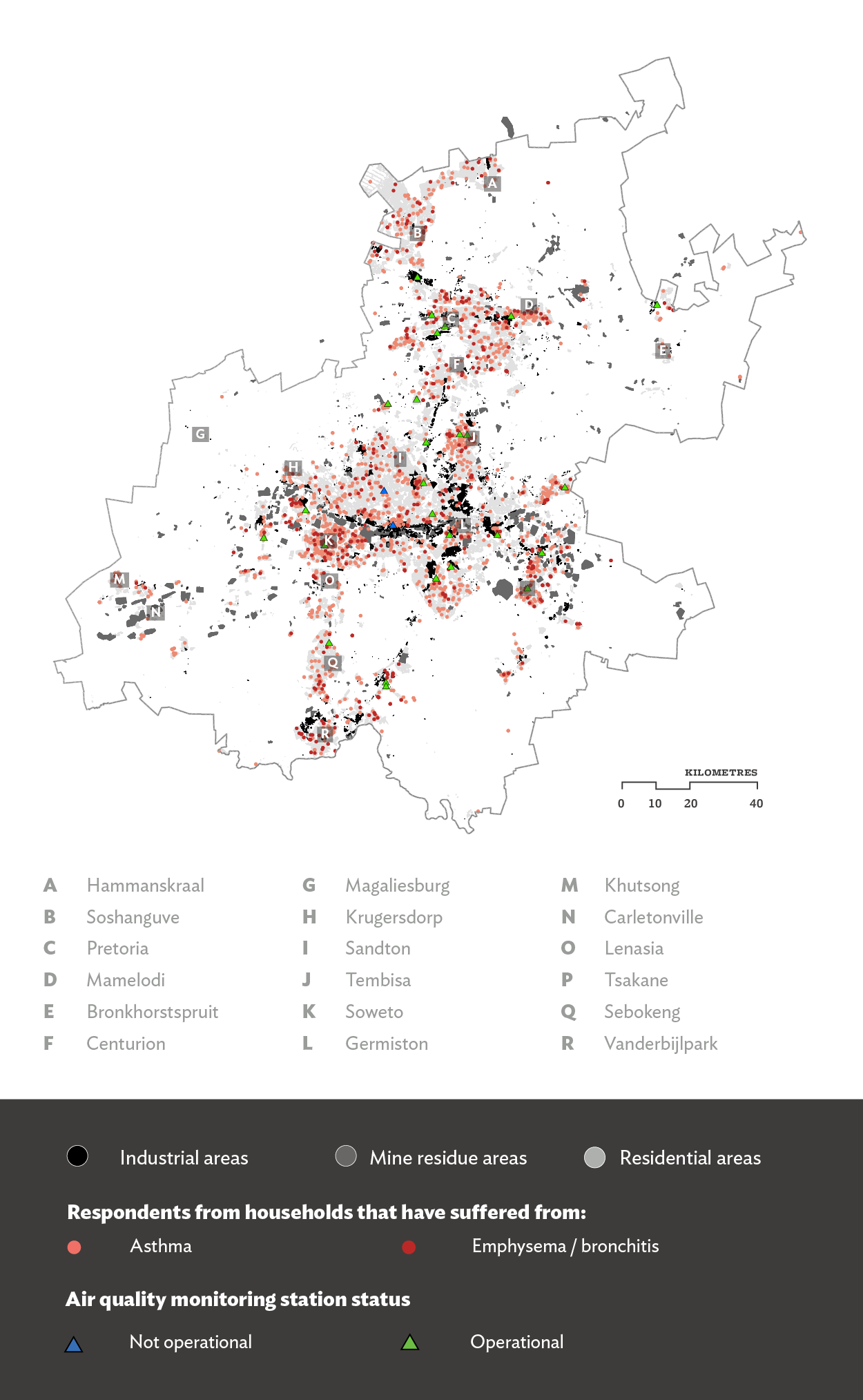 To some extent the relative concentration of respiratory diseases shown in the map is simply a reflection of population density – more QoL interviews would have been conducted in the more urban areas. However the map does suggest that there is a higher prevalence of asthma and emphysema/bronchitis in the core mining and industrial belt stretching between Krugersdorp (‘H’) and Germiston (‘L’), as well as in areas like in Vanderbijlpark (labelled ‘R’) known to be heavily affected by air pollution. Of course it is extremely difficult to link a pollution source to a direct effect on human health, as there are a wide range of factors that influence whether someone contracts bronchitis for example. However these patterns suggest that poor air quality resulting from historical industrial and mining activities could very possibly be having a detrimental impact on the health of residents in close proximity.

While industrial and mining activities contribute to poor air quality, domestic burning of fuels for lighting, cooking and heating also has severe negative impacts on air pollution, particularly during winter. Many households in South Africa either do not have access to, or cannot afford to use, electricity for their energy needs. Instead, alternative fuels such as coal, gas, paraffin, wood and animal dung are used.

The map below displays the same set of households from the QoL IV survey reporting incidents of asthma and emphysema/bronchitis, but here mapped alongside the proportion of households per census subplace that are using alternative fuels for cooking (Census 2011). 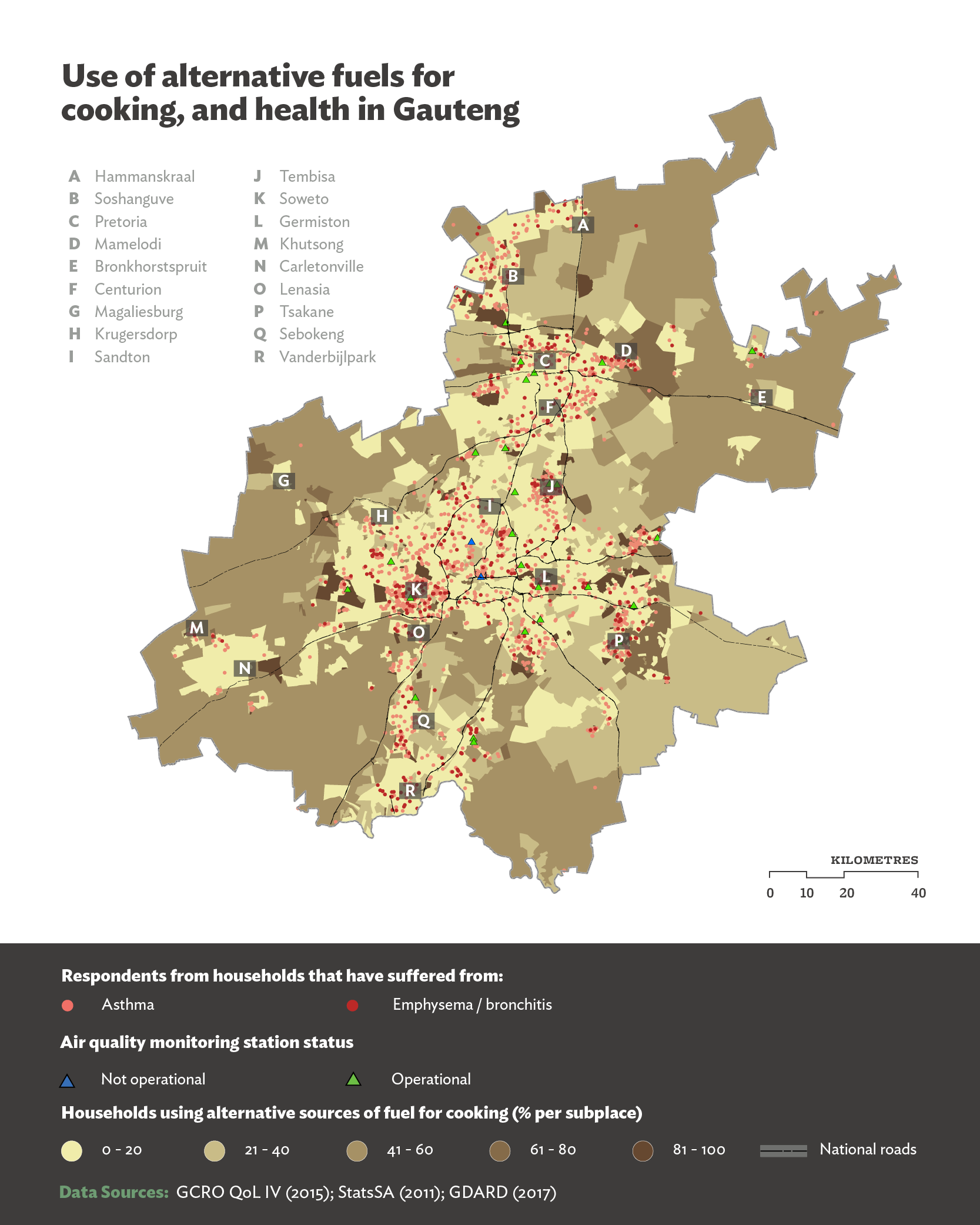 The highest concentration of alternative fuel use for cooking occurs in poorer communities, and in many cases these areas seem to show higher concentrations of asthma and emphysema/bronchitis. The map suggests that it is insufficient for government only to monitor large polluters, such as industries and mines. It is also critical that attention be paid to domestic sources of air pollution.